CANDLES: THE FIRST RAY OF CREATION 2023

The relevance of fire in the ancient traditions always was of the outmost importance. It was considered the vehicle from which Gods or creatures passed knowledge to humanity, so the importance to keep it lit has been vital, and there are still places where fires dating back thousands of years have never been put out.

Also, the object where the fire´s energy would be placed has been extremely important. That´s where candles came from. First, they were made with animal’s fat, with the animal´s medicine united to the fire, then came the candles as we know them nowadays. They are associated to a particular date on February 2nd. In Mexico this date is considered when allegedly the Virgin Mary presented her child Jesus. If we look at the other interpretation being the sun the child of our Virgin of Guadalupe, it is in this date when the sunlight starts being strong enough to melt the ice. It is called “Candelaria” day because many candles are lit everywhere, emulating this beacon of light and creation that melts ice in order to create new life. In England, for example, it was associated with the goddess Brit, who was the provider of the first ray of creation.

In this master class that I haven’t teached for more than ten years, we will learn the process of snowmelt. It consists of imprinting the seven Totonalcayos into candles placed upside down. They will melt and shape our own internal damage into the paraffin, where we will have an incredible way of reading that that was imprinted within our energy. An absolute X-ray.

Then we will learn how to give the original animal medicine quality through animal´s fat to the different candles. Then we will see, after the snowmelt, the blossoming of all that we wish to create.

Also, we will study the four different types of fire that we can use to lit the candles and how to direct them through energetical techniques to the right place and time.

Literally this course has transformed thousands of lives, allowing people to have a good economic position by performing this knowledge doing therapy and changing people´s lives.

AN UPGRADED COURSE WITH NEW INFORMATION 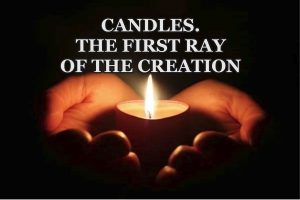