September 9th.Three days after new moon, the beginning of the communication point between Venus and Mercury takes place when Venus re-establishes communication with Mercury, transmitting a new kind of message. The dual message of the Tlahuizcalpantecuhtli will be delivered to Painalli, or Mercury, who will give a different message to the sun based on the four fires:

1. The solar fire. A solar breeze whose expansion features will allow us to know the new identity of the sun.

2. The young fire. An expansive fire whose ambition will allow us to go far beyond the limits, destroying and burning, characteristics that can be used to fulfil the ambition of a spiritual being.

3. The wise fire. The one able to control the other two masculine fires leading them to wisdom.

4. The feminine fire. Chantico, represented in The Egyptian culture by Sekhmet, the lioness, laying the basis for the conception of the Il Ipalmenohua or Great Energy, Father and Mother: the creating force that will restore the cosmic order in our system. 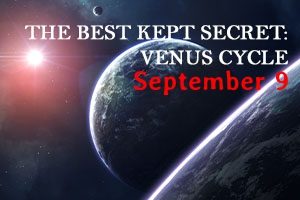