INITIATION TO THE PLEIADES PART 1

In 2011 my teacher Hugo came to my office together with another guardian of the tradition called Xochicuauhtli, whom I did not know, who when seeing my photograph said: “It is him”, referring to me, the one who is going to expand the knowledge of my teacher Regina in the world about the Pleiades. When I went that day to the place where they were, she did an Initiation at various points on my back and my hands to receive the energy of the Pleiades that would influence that of the new sun.

That day she told me that she would only open five, because the Sixth Pleiade would begin to influence us after the Eclipse of 2021 and the Seventh in the New Fire of 2026. At the end, when I asked her for instructions on how to use them, she told me: “In dreams we will return Let’s see”. Despite having seen her in life once more, a few years ago, my international students located her. Indeed after this eclipse she appeared in my dreams with the complete Instructions to the Sixth Pleiade, which I will share with the Initiation for the first time this Sunday. His sentence at the end in this dream was very clear: “There is no time, it has to be done now, because at the same time it is already done.” The existence in the dream was as real as in the awake one. 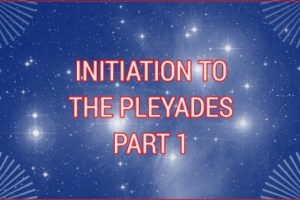 $95
This course is out of stock